and has raised nearly £42,000 for Alice House Hospice

Lee completed his 827-mile charity run from Lands’ End to John O’Groats and received a hero’s welcome in Hartlepool on Saturday 3rd June 2017.

Lee set off from Lands’ End on the 14th May with his friend John Hewitson to complete this epic journey in an attempt to raise £40,000 for Alice House Hospice. John was struck down with a serious leg injury on day 3 of their journey and Lee was left to complete the run on his own. 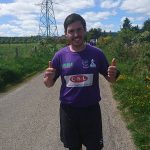 Following an appeal on social media, Lee received thousands of messages of support on and has attracted runners from across the country to join him and support him along his mammoth journey.

Just before his final day of running Lee posted a message on Facebook and dedicated the entire 827 miles to his good friend John Crompton who died a year ago.

Lee had huge ups and downs throughout the journey, literally and emotionally, and became something of a local legend in Hartlepool. He ran two final miles from Crimdon Dene to Hartlepool Old Boys Rugby Club 0n Saturday 3rd June and there was a huge turnout of runners to join him and supporters to cheer him on, including injured #LEJOGAH runner John Hewitson who managed to run the short way home with Lee.

Julie Hildreth, Senior Fundraising Manager at the Hospice said, “Lee and his team of supporters have done an unbelievable job, not only have they raised almost £42,000 with money still coming in but they have also raised the profile of the Hospice. They had support from across the country and their ‘superhuman’ effort is something that everyone at the Hospice is incredibly proud to be associated with.” 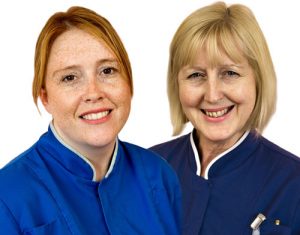 Julie continued, “Lee has been a supporter of the Hospice for some time and this is not the first epic challenge he has set himself; in 2015 Lee ran 7 marathons in 7 days and raised over £20,000 for the Hospice.

To put this into perspective, the money which these two events has raised is enough to pay for two Registered Nurses working full time on the Inpatient Unit for a whole year.”