Jennifer volunteers for the Communications Team 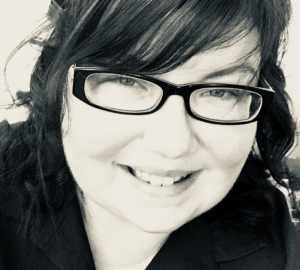 Early in 2020 Jennifer applied to join Alice House Hospice as a Volunteer Communications Assistant to work on the 40th Anniversary Celebrations.

Jennifer had previously been touched by Alice House and said, “Alice House touches so many people’s lives, mine included. I have ongoing health problems and in 2007 I received a double lung transplant which has given me a second chance at life.

Before the transplant I was severely ill and my health deteriorated quickly to the point I was in wheelchair and needed oxygen 24/7 to support me. There came a time when I was told if I lost any more weight or caught another infection my body would not have been able to cope with such a major operation and I would be removed from the active list. I was advised shortly after my 19’h birthday to go home and write my will. It was a testing time mentally and physically for me and my family who were going through a roller-coaster of emotions of their own and having to consider the what ifs.

It was during this period I was introduced to the services of Alice House. I was to visit for reflexology sessions but I also feel it helped my family understand the role of the Hospice and to understand the process of what was happening but also what was available if the worst happened. It helped to change my family’s understanding of what a hospice is.

I thankfully received my call and second chance just 3 months after my 19” birthday and although I never returned to Alice House for care, I have always remembered the important role they played in my life and care.

Jenny was due to join the Communications Team just as the Coronavirus Pandemic reached its peak earlier this year at which time Alice House asked all Volunteers to remain at home to ensure their own safety.  Jenny used this time to continue to help by crafting felt love hearts for patients and their families – read more about this here.