Why I wanted to become a Healthcare Assistant

Why I wanted to become a Healthcare Assistant

“One day in August 2017, my life completely turned upside down whilst I was sat drinking tea with my brother Jason. I discovered a tumour on his tongue, two weeks later he was diagnosed with terminal cancer at just 37 years old.

Jason had severe learning difficulties and naturally over his cancer journey I became his sole advocate. Life suddenly became so demanding and very difficult; I had a one year old boy Henry to take care of, whilst working with learning disabilities, keeping on top of a home and trying my best to be there for my brother and parents who needed me through this horrendous time. 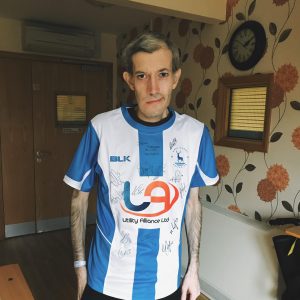 Watching Jason fade everyday was just so heart-breaking but I had to stay strong for everyone, I have had to experience things I hope nobody would ever have to experience.

Jason came to live at Alice House Hospice for the last two months of his life. By day two he had settled in so fast, he smiled and he called it home.

Over the two months of being at the hospice daily and watching the staff, I felt such a desire to be able to help others on end of life care just like them, I really wanted to work here one day alongside this amazing professional team and that became my ambition. 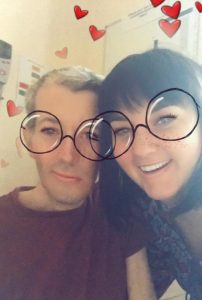 Jason died on April 7th 2018 after a  short 9-month journey, that day was the hardest and most heart-breaking day of my life.  He was my brother, my friend and my hero.  He was so strong throughout his journey and never once complained about anything.  I experienced great loss, loss like I’ve never felt before, for the next 18 months I sobbed almost every day. One day in October 2019 I went to see a spiritualist and from this I found great healing.  From that day forward, I was able to think about him dearly without breaking my heart every single time.

I was finally able to walk into the Hospice without becoming upset, strength grew stronger and months later I felt I was able to finally apply for a Health Care Assistant (HCA) job, almost two years after Jason died I was offered a post as a HCA here at Alice House.

I was finally able to walk into the Hospice without becoming upset, strength grew stronger and months later I felt I was able to finally apply for a Healthcare Assistant (HCA) job, almost two years after Jason died I was offered a post as a HCA here at Alice House.

Over the two years I did various fundraising for the Hospice to show how grateful I will always be and because it’s a charity, I wanted to raise what I could to help future patients receive the best possible care, which they all
deserve, just like my brother did.

Firstly, I ran the 5k Colour Run in 2018, then as a family we bought Jason a glass brick in the Wall of Light for his first heavenly birthday. I play in the raffles, make one-off donations, donate to the Forget Me Not events and for his 2nd year memorial I raffled off a Hartlepool United Football Shirt. So far I have raised £1,377 to help towards patient care and will continue to raise money and donate in his memory.

I have been in my HCA role now for 6 months. I’ve found my role to be so rewarding and I have felt a strong sense of belonging, I have so much to learn still but I am giving it my all and studying a Level 3 funded by myself, so I can bring the best to my role.

It’s such a special place to be a part of and I feel extremely lucky. I’m so happy to be a purple angel for today and hopefully a long time ahead.

I work alongside some amazing people, and we deliver the best quality care to our patients in the last days and moments of their life.”

Find out more about working for Alice House Hospice