Brothers Kaleb, Joel and Zac raised £6,525 in memory of their much loved mam, Nicola Kenny who sadly died at Alice House in January 2021 after a long fight with her illness, but not before fulfilling her wishes of celebrating birthdays and Christmas with her three boys.

“My mam found out in May last year that she had terminal cancer.  along with the cancer, my mam suffered from many different infections at the time and she was told that she wouldn’t see the week through. 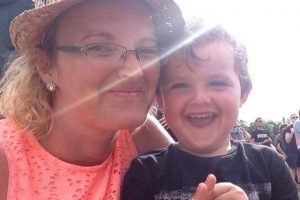 On 2nd January, surrounded by her boys and family, my mam took her last breath at Alice House Hospice. They made her as comfortable and relaxed as possible through these difficult times and we can’t thank them enough for that.

From being diagnosed, my mam fought her hardest to prove all of the doctors wrong. She managed to fight on and she got to see things that she was originally told she had to be more realistic over given her condition, such as Zac’s birthday in June and then her birthday in September and then again in December with Joel’s birthday.

Most importantly, she was told that she wasn’t going to be here for Christmas time; this affected my mam massively and she made it her mission to prove them wrong again.

She never gave up and she fought it and fought it until the very end. My mam was one of the strongest women going. 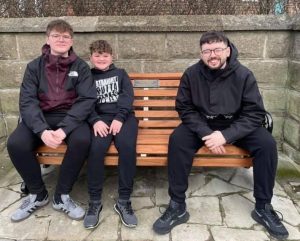 As a family, we set up a funding page in memory of her for a couple of reasons. Firstly, we wanted to show our appreciation towards Alice House Hospice who cared for our mam through her greatest time of need. We also wanted to provide us and everyone else with somewhere to go and remember the times they had spent with her, by placing a memorial bench on The Headland, making her a ‘Cod Head’ for life.

The bench is located just outside The Pot House on the corner of Bedford Street for anyone who is wanting to come down and see, we hope this brings you all as much comfort as it does us. I want to say thank you to everyone who made this possible, by donating to the page we set up in my mam’s memory. It has given everyone a place to go and remember her. Seeing all the posts, comments and pictures on social media is what got us through what will probably be the most difficult time in our lives.  Everyone reacted how we think my mam would have wanted, no sadness or feeling sorry for ourselves but instead, filled with laughter and memories of her life, not letting us forget that she was the life and soul of the party. So please keep the photos and memories coming, we have made my mam’s Facebook page public so we can see all the posts that you tag her in.

Alice House Hospice provided us with extra time with our mam, that we fully believe we wouldn’t have been able to have if she was getting care from anywhere else. For this, there is no amount of money that we could give which would repay them for this debt. However, we hope that the money we raised can be used to provide a safe and loving environment for the next family who has to go through what we have.”